A staple of sportfishing in Costa Rica, sailfish are the fastest fish in the ocean.

Here are just a few sample packages that provide the opportunity to catch Sailfish. Request a free quote and one of our fishing experts will customize a Sailfish fishing itinerary for you. 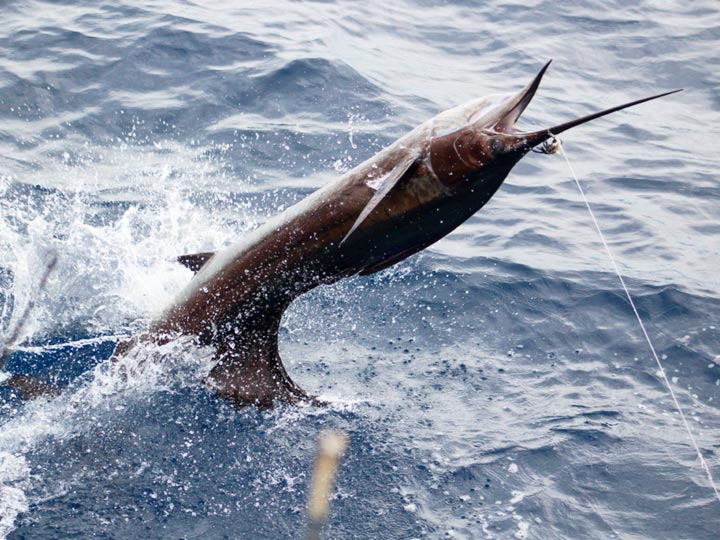 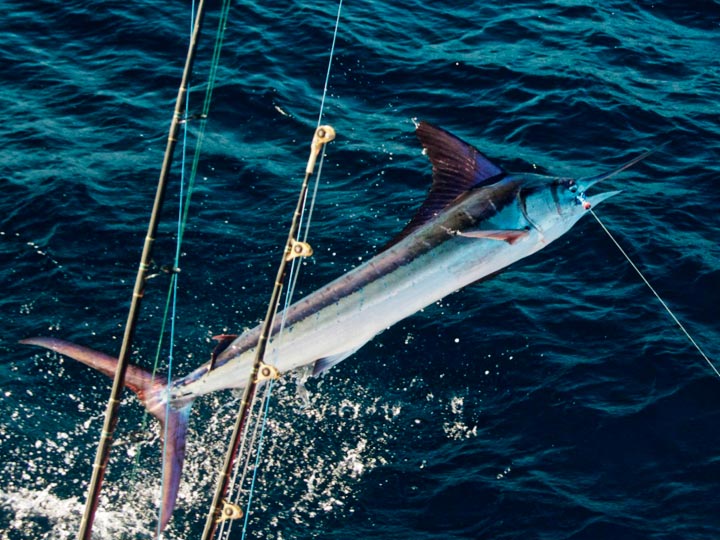 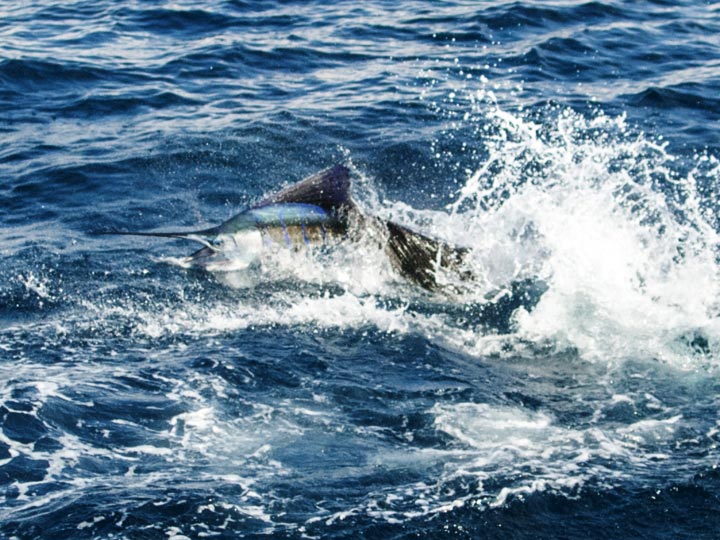 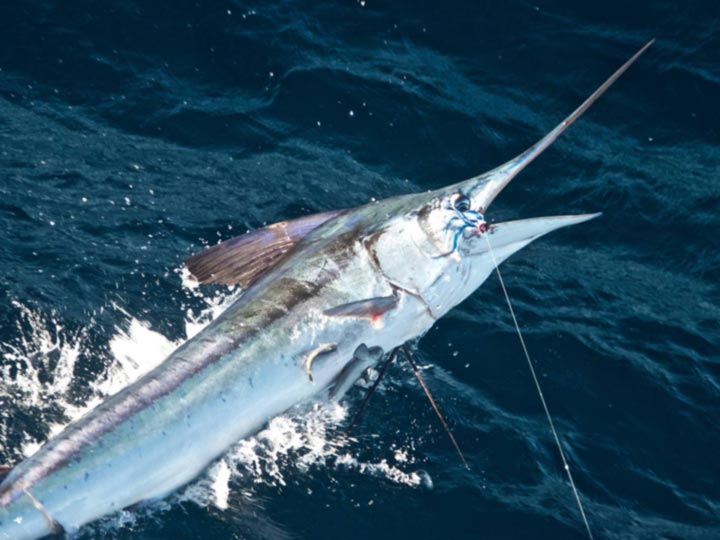 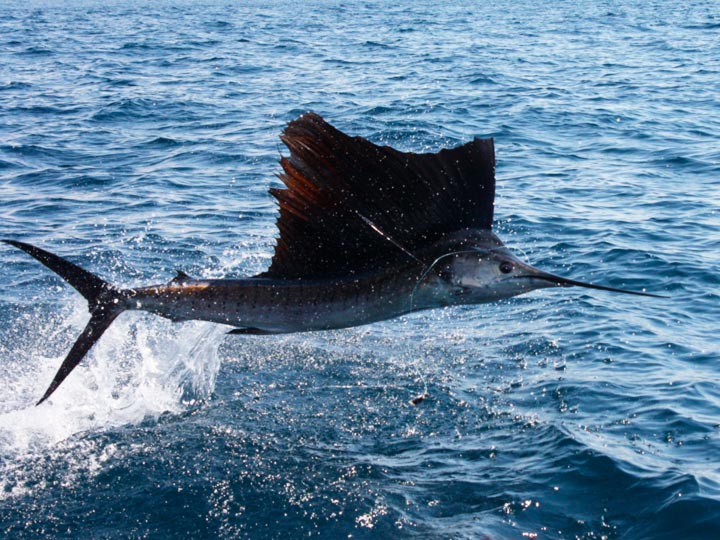 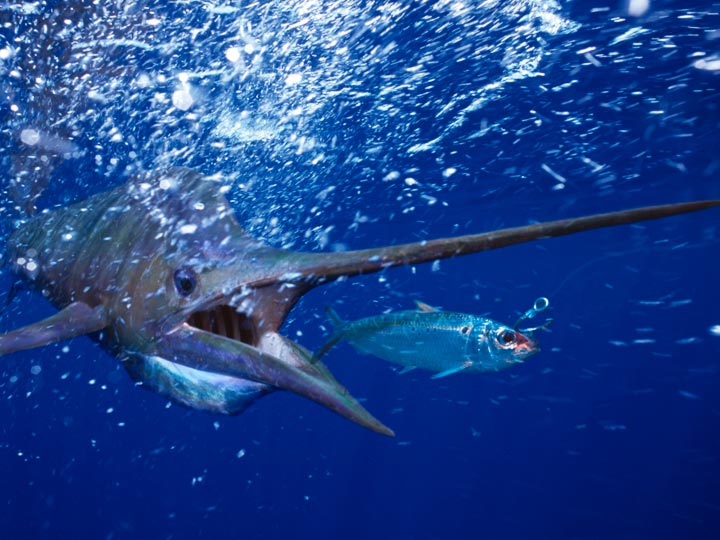 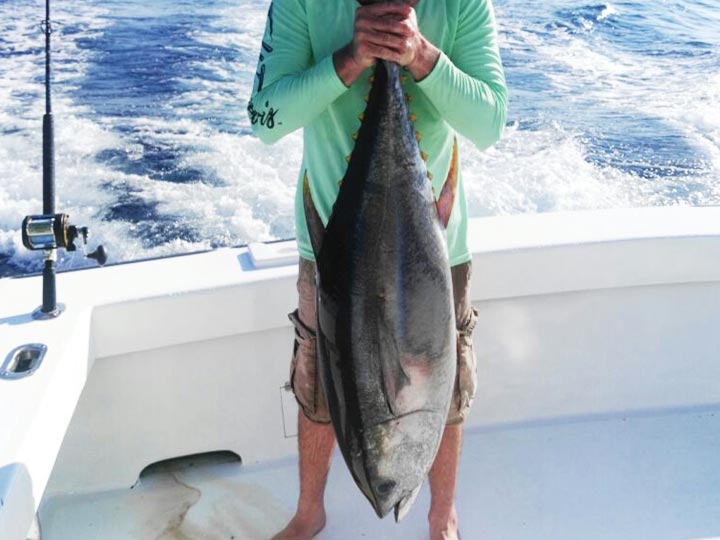 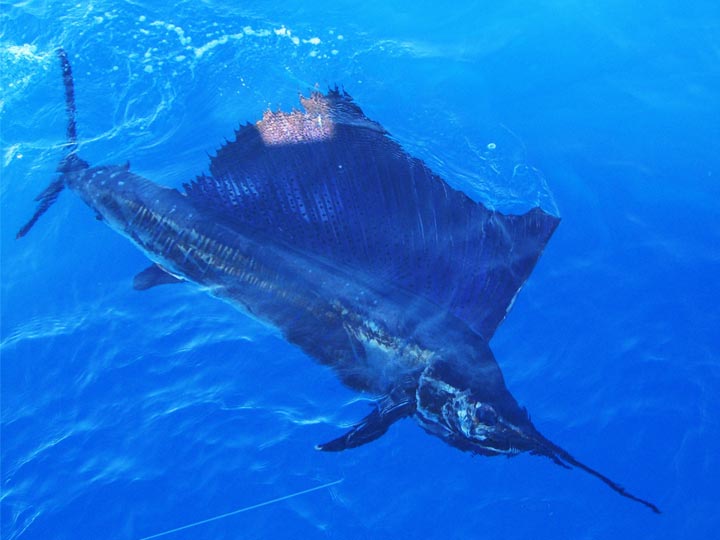 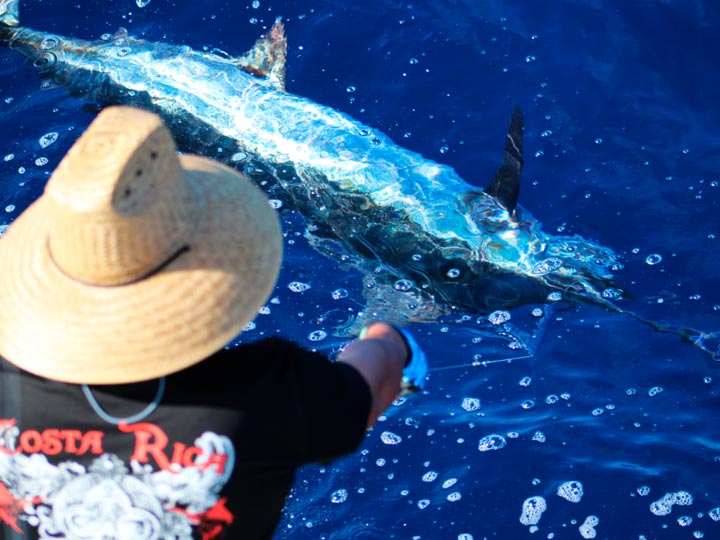 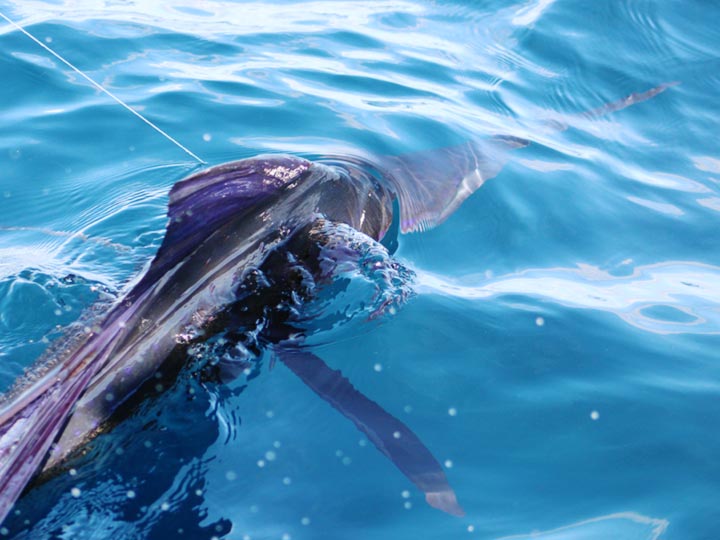 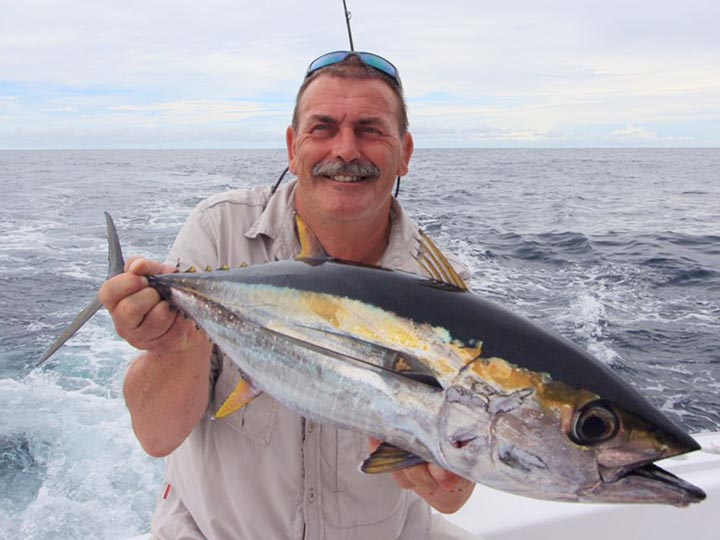 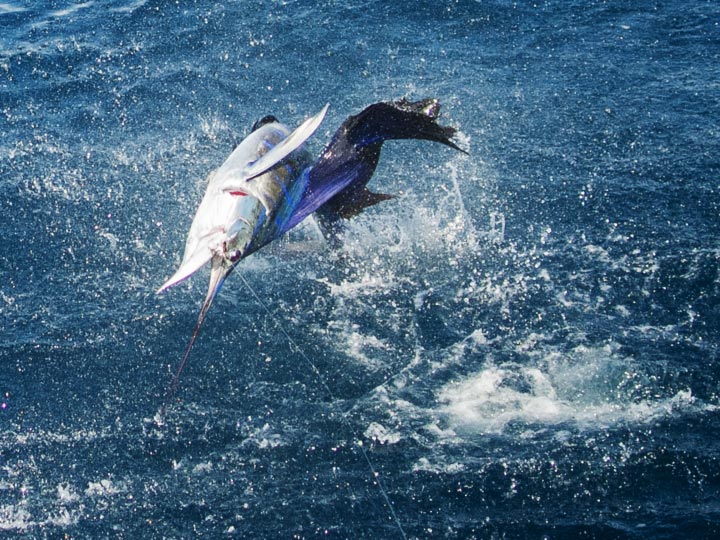 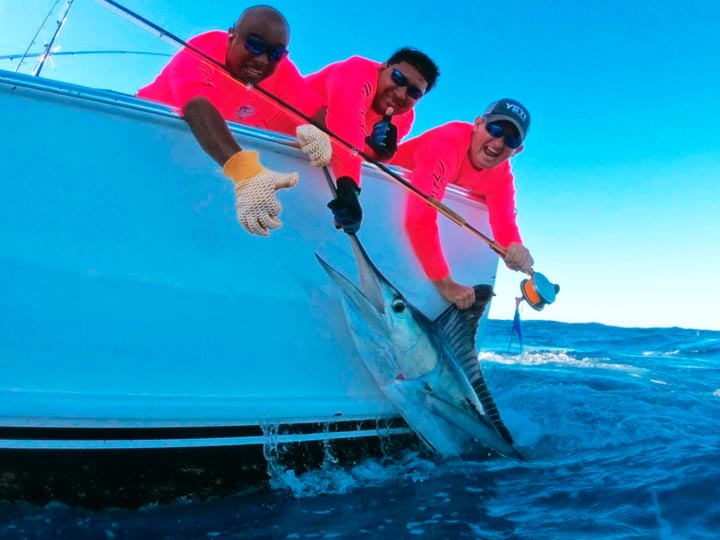 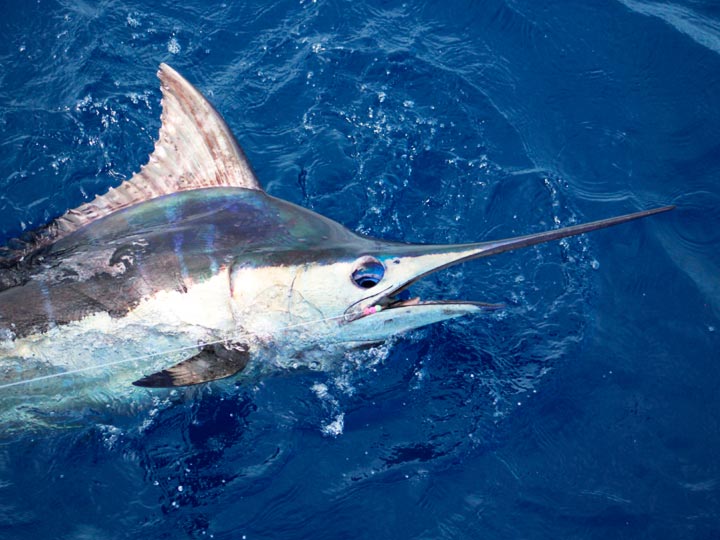 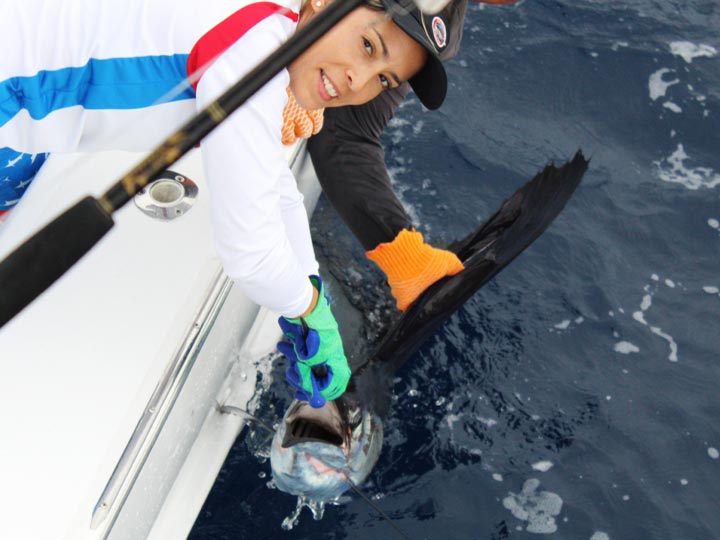 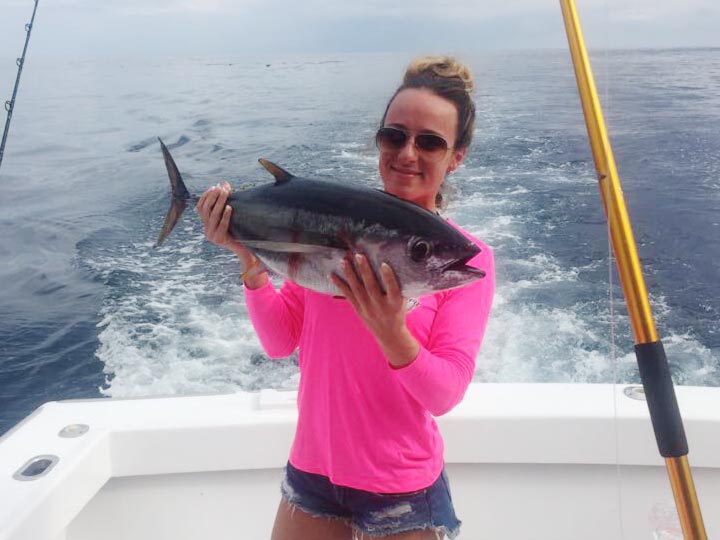 These are the locations on the Pacific Ocean where Sailfish are most often found.

Tournament-winning crews and the latest equipment at your disposal. With fighting chairs, full salon and kitchen.

Capacity: Up to 6 people

Top-of-the-line equipment and a tournament-ready crew, this boat has fighting chairs, full kitchen, and A/C.

The prettiest boat in the marina, 100% custom built. It has fighting chair, outriggers, and A/C.

With an inboard Cummins motor and the latest equipment, this boat is fitted with fighting chair and top of the line equipment.

Fish in one of the best value boats in the area. Fast, comfortable and great for inshore and offshore.

With extreme acrobatics and speed, the Sailfish is an incredible fish. Known as the fastest fish in the ocean, Sailfish can reach speeds of 50mph!

Once hooked, a Sailfish will spend half of the fight out of the water. Twisting and turning as you try to maintain tension on the line, the battle is both beautiful and hard.

This average weight of Pacific Sailfish is between 75-100 pounds, tough sails over 100 lbs are quite common in Costa Rica. In fact, Sailfish from Costa Rica’s Pacific coast have the world record at 221 lbs.

Found in huge numbers all over the country, this trophy fish is on the wish list of almost every angler.

Luckily, Sailfish are so abundant in Costa Rica that it is common that double digit release days are common.

After all, Sailfish can live alone or in groups of two to three. So getting multiple hookups at the same time is very common.

It’s also a beautiful animal. The most outstanding feature about the Sailfish is their sail-shaped dorsal fin. This tall dorsal fin helps coral bait fish and then their sword like upper jaw is used to stun the bait once balled up.

The species is generally cobalt or navy-blue in color, but some sailfish have spots and show stripes when hunting.

This predator is a member of the billfish group, and its upper jaw extends two to three times the length of its bottom jaw to form a spear used to stun fish when hunting.

How to Catch the Sailfish?

While there are many different ways to target Sailfish, the most common practice is trolling rigged ballyhoo.

Here in Costa Rica, this is by far the most common and productive way to catch Sailfish. You can also use live bait for them as well. Fly fishing for Sailfish has become very popular in Costa Rica.

Fly fishing for Sailfish in Costa Rica is also the ultimate challenge. With healthy numbers of fish found during peak season, getting multiple shots per day by fly is not uncommon.

Where to go for Sailfish?

Costa Rica’s Pacific coast is by far the best destination for Sailfish.

These migratory fish are found year-round in Costa Rica, but certain times of the year are better in different parts of the country. Sailfish prefer warm, tropical waters, which is why Costa Rica has so many of them.

Though they do inhabit shallow waters at times, Sailfish are most often found in deep water past the continental shelf. This is why deep sea fishing and targeting FADs are the best ways to target them.

When Is the Best Time to Come to Costa Rica and Catch Sailfish?

Sailfish can and are caught every month of the year here in Costa Rica.

The best months for sails in the Southern and Central Pacific regions of Costa Rica are late November to May. This includes the areas of Jaco, Manuel Antonio, and the Osa Peninsula.

This is the time of year when they are so abundant that having double digit releases is a common feat.

The best numbers of Sailfish in the Guanacaste region of Costa Rica are found from May to November.

Indeed, Sailfish are one the most beautiful and challenging species an angler can target. If you want more advice or want to ask any questions, simply contact us and we’ll gladly help!